Later on this month, I’ve been busy on my homework. Of course I’m still playing. So far, I’ve been playing Asaki, Yumemishi Portable and get Chihaya, Shuuichirou, Takatora, and Giou’s new CG for their routes. I’m really satisfied with the new CG, except for Giou.

I won’t have time to chit-chat in my own post now (so sad…). I’m eager to finish this game as quick as possible!

This are some of new CGs so far: 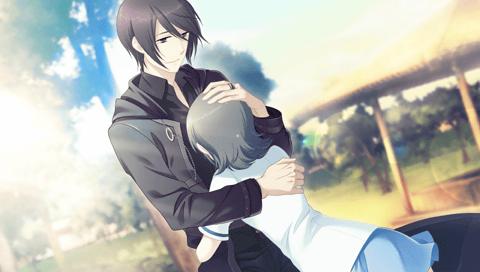 I can see the pictures’ differences with the old one. The shadows are getting low, the shape of faces are getting longer too. I wonder if the illustrator is still the same… And in audio too, the new scenes gets better and clearer audio sound. Keep fighting to completed it (But.. Yasutsuna’s route is kind of makes me dizzy, searching for it).