If you ever wondered if I still watch musical, it is so.

Actually, I had watched Kuromyu Tango on Campania since last year.

But I couldn’t make a post of my impression.

And I also watched Clock Zero -a live moment- after my Reverse DVD.

My urge to watch musical always comes after I watch some series.

And then after watching them for some while (maybe a month or two),

I forgot about them until I find another series or new musical.

After becoming vacant for months, I found the Onmyoji musical

I didn’t watch Hakumyu after Kazama-hen, so the actors are brand new for me.

I won’t write about the storyline as always (except my review of CZ Reverse).

In Japan, the stage play and musical from anime, manga, game series

Ni jigen or 2D is for fictional world so 2.5D is maybe

about how the fictional world comes to live.

Tango on Campania is slightly boring than Circus Arc.

I didn’t find most of casts are good enough when singing.

The few people who are good at singing are Furukawa Yuta,

There wasn’t any comical event I could remember.

And the only song I like is Sebastian’s song in the ending before all casts.

There isn’t any musical in 2018 after Tango on Campania.

After this arc, I didn’t read the manga anymore.

I read a little bit of school’s arc, but I dropped Kuroshitsuji manga.

So if the musical ever made a school arc, it will be new to me.

Believe me, I can’t stand a series longer than 7-10 books.

But I don’t know why I have watched all Kuromyu until the latest.

Seriously, compared to Reverse, this older version was like a children stage play.

Everything was standard, even the voices were not similar to seiyuu.

Actors’ singing ability are bad except Nadeshiko and I can’t remember its songs.

Truthfully, I even forgot I have watched this musical.

and her singing ability is higher than most male actors here.

Songs are the same as Reverse.

The storyline, ending, etc didn’t have differences with Reverse at King’s ending.

Truthfully, I feel this version is flat.

Even though I like the game very much, I can’t stand the stage play

of a live moment.

It will be good if there is also a stage play for my 2nd fav otoge,

The anime itself is like a musical with many songs included.

This time, the musical followed the original TV series without much changes.

Or, they might have changed the villain &amp; added more casts.

They also uses songs from the anime itself.

Rather than Rem nor Lindo, I think the other casts are much better at singing.

For example Naitou Taiki as Loewen, Kimura Subaru as Holland,

and Norizuki Kouhei as Noel.

Although all actors are male, including the one

behaving like the heroine, they can perform well enough to my standard.

At least, my favorite actor with comical face &amp; gesture,

very good singing ability here is none other than Kimura Subaru!

Yeah, I like him better than our Rem’s actor.

Oh but Naitou is also very good at singing!

Even though I only have watch Saitou, Souji, Hijikata, Kazama-hen, and live 1,

I dare to watch this second live.

All casts except Kazama, Shiranui, Koudou, and Kondou

In live 2, Kazama or Suzuki Shougo had his 100th performance for Hakuouki.

Though it’s also his last to appear.

I think the 1st live is funnier than this one.

But there is a talk session to have a reminiscence with the previous actor,

Suzuki Shougo was crying at the end of live 2!

I could feel his sadness upon leaving his long-performed series.

But Sasaki Yoshihide will be his successor as Kazama Chikage.

I will watch Harada Sannosuke-hen after this.

I think this is the first musical for Onmyoji because the story haven’t end yet.

This musical is full of powerful singing actors.

I mean, almost every male actors are so good at singing.

Even though the female singers also sang well,

the only good one is Momiji’s actress.

Actor for Seimei is Shinji Rachi, who have performed as Eric Slingby

in Kuroshitsuji Musical The Most Beautiful Death in the World.

There is Sasaki Yoshihide as Kuro Seimei!!!

If you ever wondered how I found Onmyoji…

My sister found the game a year ago or so.

In the end, my sister has completed all chapters now but I dropped it.

Yeah, always dropped something is my favorite way of knowing many genres.

Especially Shinji Rachi, he could sing as Seimei with powerful intonation and

Please watch it if you are a fan of 2.5D world.

I found the stage is similar to Persona.

You will be amazed at how Hiromasa changed weapon from bow to sword.

It was going in an instant…

Though I could see at the Youtube official video that he threw the bow first.

My favorite part of Seimei’s song is when he is captured by Kuro Seimei.

He sang that his name is Seimei, the guardian of the capital.

Of course he sang with so much power!

a collaboration between two countries.

Also, note that the costume in here is the most complex &amp; the most heavy

From now, Shinji Rachi will be my favorite 2.5D actor alongside

because Orochi have not been beaten yet.

This first musical is only after we know that Yao Bikuni is a traitor.

It’s not like TV or cinema actors are bad,

the ability to sing, dance, acting at the same time.

It is the reason why I respect stage actors more than TV.

but they need more effort.

One example is how they make the expression &amp; voice the same

as the original seiyuu.

The other example is they need to fight, sing, and let the expression

comes out at the same time without going out of breath.

The danger they face is the same as TV &amp; cinema actors.

But so far, only a few stage plays series hired professional

actors who are good in singing &amp; acting.

A few series I found very good at hiring actors

are Persona, Kuroshitsuji (although not in all musical),

Onmyoji (almost all actors are good), Dance with Devils (not all actors).

That’s why only a few series could become my favorite.

after they appeared in NHK Kouhaku Uta Gassen.

But I don’t follow the story so I think I’ll find another time to watch. 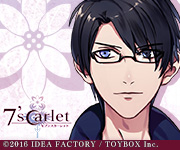