I would like to say happy new 2014! Hope the next year will be better than this one, for all of us…

I’ve came up with summary of what I’ve played around this year. In 2013, I didn’t play many games as I did in the past. I was too busy with works (remember that for 3 months I did my manager’s work because she had gave birth). Uh, it’s not an excuse, but I felt that my stress went up at first month doing double works. The RPG games I played this year are just Shining Ark and God Eater 2. Both also hadn’t finish.

Okay, let’s go to my summary (based on what I’ve played in 2013). This might change in the future as long as my games added up more and more.

List of Otome Game I Have Played in 2013 (from what I like to dislike, including half-played game)

6. Shiratsuyu no Kai by Otomate

8. Chou no Doku Hana no Kusari ~Gensou Yawa~ by Aromarie

1. Kurou Nadeshiko from Clock Zero ~Shuuen no Ichibyou~ (A strong girl from heart, coz she crossed time)

2. Toono Sayo from Shinigami to Shoujo (Her expression is full of mysteries and she’s a gentle heroine)

3. Emily Whiteley from Eikoku Tantei Mysteria (She had brain and bravery)

4. Mana from Noise -Voice of Snow- (Cute girl and some routes including her killing technique)

5. Henrietta Grimm from Zettai Meikyuu Grimm ~Nanatsu no Kagi to Rakuen no Otome~ (Coz most heroine from Karin Entertainment are a brave girl. Henrietta is willing to go on an adventure even after her life has changed) 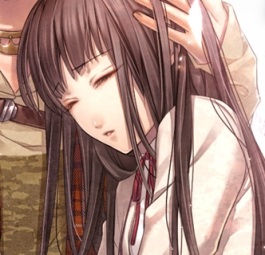 1. Kaidou Takato/Kaga Akira from Clock Zero ~Shuuen no Ichibyou~ (He can’t ever leave my heart as his eyes is of sadness to save Nadeshiko and his role of becoming a villain-like and king to the world)

3. Jahn Lupin Jr. from Eikoku Tantei Mysteria (He disguised perfectly as a clumsy classmate, but inside, he’s a hot thief)

4. Erik/Fantome from PersonA ~Opera za no Kaijin~ (His past, present, and ending were a tragedy. Yeah, I think I like tragedy genre rather than yandere, for example DIABOLIK LOVERS and their friends are OUT)

5. Kirishima Nanaki from Shinigami to Shoujo (Despite the grief ending in Tooya’s route, I prefer Nanaki for his kindness and helpful attraction towards Sayo)

1. End 12 of Seravis in Noise -Voice of Snow- (I can’t ever forget of how Seravis killed his enemy after losing Mana)

2. Ketsumatsu 結末 Ending of Toono Tooya in Shinigami to Shoujo (I don’t care if it’s a dream or reality, it’s sad. And mostly.. shocking)

3. Stay Ending of Kaidou Takato in Clock Zero ~Shuuen no Ichibyou~ (Uh, as always, I prefer more tragedy than dreamy happy ending. This time, Takato still lived in ruined world. It’s like his punishment from wrecking the world)

4. Happy Ending of Sakaki Narumi in Kaminaru Kimi to (Getting blind, deaf, couldn’t touch, and almost dead, I’m happy he still had happy ending unlike Amatsukunihoshi en no Mikoto)

5. Good Ending of Azuma Natsuhiko in NORN9 -Norn+Nonette- (After a long awaited hero-he’s a hero in his own route, right?- finally Azuma had his happy ending. He rarely appeared so it’s a delightful event) 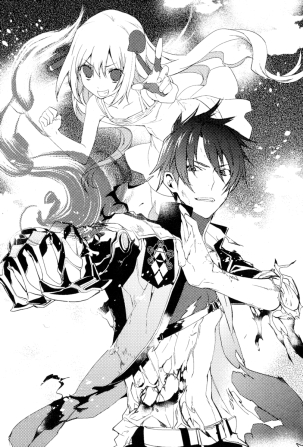 1. Namikawa Daisuke (He is the best ever for 3 consecutive years. Nowadays, he uses many kinds of voice which I like. From heavy & strong voice in Daiya no Ace, lonely but kind man in Zetman, or sexy voice in MeiKoi. He isn’t all about flower boy now)

2. Ono Yuuki (It’s incredible how he became so popular after KuroBa. I likes his voice so much in Strike the Blood as Vatler with gentle voice and for drama CD he usually uses the same one, different from StB though but almost the same in Unbreakable Machine Doll).

3. Kimura Ryouhei & Ohsaka Ryouta (I think their voices are similar somehow, especially when Ohsaka voicing Staz in Blood Lad. But I couldn’t notice Ohsaka in Nagi no Asukara. Anyway, I coupled them in rank 3 of my favorite)

4. Tatsuhisa Suzuki (Overall, he has soft voice. Although it was changed a lot in Tonari no Kaibutsu-kun where he must shout out in every scene)

5. Matsuoka Yoshitsugu (This year, there are many new seiyuus in my favorite. I can never forget him as Kirito in Sword Art Online. He depicted the trying-hard-to-find-his-princess amazingly. I wonder how he’ll do in the new anime ‘No Game, No Life’)

2. Mizuki Nana (Rather than as seiyuu, I like her as singer. Most of her songs were upbeat and cool tone)

3. Ueda Kana (Love her as Toono Sayo in Shinigami to Shoujo and of course in Fate/Stay Night as Tohsaka Rin)

4. Honda Mariko (The only role I knows is Sarah Marple in Eikoku Tantei Mysteria but she has a cute voice as a cool character) 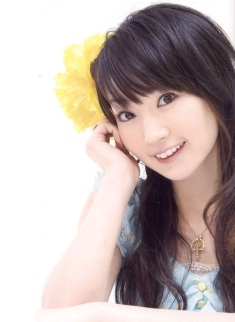 2. Kamisama no Inai Nichiyoubi (It’s mysterious, but sadly, the “I thought would be hero-voiced by Namikawa” died after just 3 episodes=trolling hero)

4. Free! (A fresh water from sport genre. It was made by KyoAni so I wouldn’t ask for more comedy)

5. Shingeki no Kyoujin (I should put this on 3rd if it was not for ‘too many losses the hero made’-be it people nor battle. The ‘too many losses’ is similar to Break Blade, doubting if humans will be able to win in the end)

Tokyo Ravens Novel volume 10. The anime will only reach volume 9 it seems. Bakatora should change quickly!

I think that’s all the summary I’ve made. Though I wanted to finish DIABOLIK LOVERS MORE; BLOOD early, I couldn’t spend time before New Year. Also, playing Azusa’s route was quite a pain since he’s slow-talking. Nowadays, I just skipped his dialogue. I will take vacation until Jan 6th (I mean, hibernation, as I won’t go anywhere). Maybe after I have done with MORE BLOOD, I’ll try Rejet’s Ken ga Kimi. It will be the first time I play Rejet’s games twice in a row. Even though I’m soooo much wants to play Hanasaku Manimani and Kamigami no Asobi.

Anyway, again, happy new year for all of us. We safely reached the end of 2013. The future might be full of non-promising events but let’s wish the best.

Note: By the way, I used fotor to edit the first picture (Eikoku Tantei Mysteria in animal form). It is quite useful as I just found Android photo editor is the best, but hard to find for PC. Try Snapee or Cameran to edit photos on Android or iPhone. They are made in Japan so no wonder their design is very cute.